Hopefully This Experiment Will Work Out Better

Two years ago I tried an AT&T plan with unlimited data, talk, and text. That didn't work out like I would have hoped. When AT&T didn't work out (couldn't figure out how to connect the phone to my confuser and/or TV without doing a hotspot) I went back to TracFone. For me TracFone works OK, but The Old Lady kept running out of minutes.

Kept seeing ads for T-Mobile's geezer plan (2 lines, unlimited data, talk, and text for $70 a month), but there isn't a store within 200 miles. Did my research and figured out T-Mobile has coverage where we live, so when we were in Hot Springs in April I signed us up. It is actually about $80 a month as my phone is $4 something a month for 24 months and T-Mobile pays half the Netflix bill and I pay the other half. We've been home for a couple months and the phones have been working fine. Had a couple of outages, but so did Verizon last week.

The reason I gave up on AT&T was not being able to connect the phone to my confuser and/or TV. I spent the last couple months trying to figure out how to connect my new phone to the confuser and/or TV and all the apps required WiFi and an internet connection. I'm trying to get rid of the DSL for internet because it sucks. We experience "rain fade", whenever there is rain or melting snow or a kid walks by the phone box with a juicebox, we have problems with the internet. Then a week or so ago we had a thunderstorm so we unplugged the phone line so the modem wouldn't get fried. She used her old TracFone phone to mirror to the Firestick a show that was downloaded to the phone. The phone had a built-in app for mirroring. Decided to check my phone and discovered it had the same app built-in.

The phone already had apps for Prime and Netflix. I installed Kodi and an add-on just like on the Firestick to watch the shows we like that aren't on Prime or Netflix. Now all I have to do is figure out how to livestream NASCAR and football in the fall. 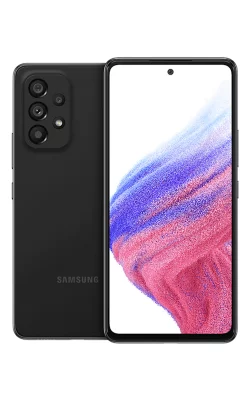