I figured out where to put the solar panels where they would be out of the way. 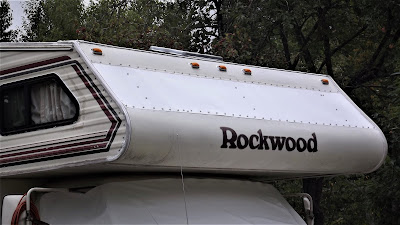 After I removed the window on the front of the cab-over there was this flat area where I could hang the solar panels. I had an old piano type hinge that was on the door of the single wide trailer I disassembled a dozen years ago. I attached the solar panels to it so I could use it to hang them. At first I screwed a couple hooks into a 2x2 that goes across where the top of the window was. Then I had a better idea. I had some plant hanger parts, like a screw where one end had wood screw threads and the other end had 10/24 threads. That way I could secure the panels to The Guppy. 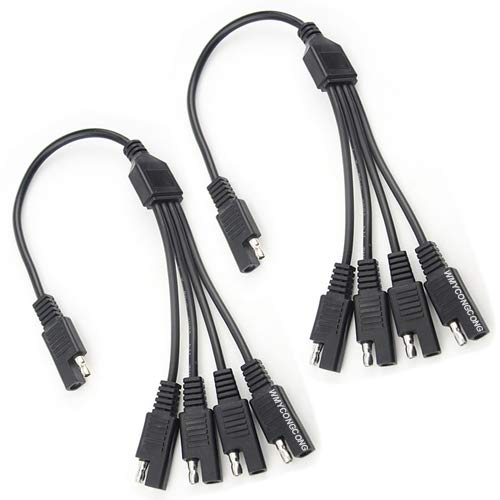 This is a picture of the 4 into 1 connectors that we ordered to replace the defective one. These are shorter than the one that came with the solar panels, but they will work as the panels have fairly long wires. Also I made an extension from the old 4 into 1 connector as the problem seems to be where the 4 wires connect to the 1. I wasn't able to open that area, but I've narrowed it down to that's where the problem is.
Posted by Kulkuri at 12:41 PM

Email ThisBlogThis!Share to TwitterShare to FacebookShare to Pinterest
Labels: 4 into 1 connector, Solar Panels, The Guppy