Yesterday while working on my post I tried using my snipping tool to copy my craigslist ad. I drew the boundary around the ad and saved it, but when I tried to retrieve it for blogger, I couldn't find it no matter how I tried. (It is probably somewhere in my confuser and I'll run across it sometime in the future when I looking for something else,) So then I decided to e-mail it to myself. Checked the e-mail and it wasn't there, so tried again to a different e-mail account, still NADA. Finally did a copy and paste to notepad and then copy and paste to blogger to eliminate any weirdness that may be hidden in the code. Anywho, I was able to do my blog post.

Later when I was checking my e-mails, I not only found my snipping tool thingie, but several weird e-mails. There were three failed delivery notices for when I tried to unsubscribe to Sen. Ben Nelson's updates:
This is an automatically generated Delivery Status Notification.
senator@bennelson.senate.gov
(Never was successful unsubscribing, finally stopped receiving updates when he left the Senate.)

And two that were for failed delivery for craigslist. One for the four-wheeler I bought 2½ years ago and the other for the Boston Whaler I bought last summer. (As you may gather, I've bought a number of things via craigslist and have also used craigslist to sell things. Some items I've posted sold, some didn't.)

Also a reply to an e-mail where I disputed a medical bill for a cat scan from several years ago.

Have a similar ringtone on my cellphone to let me know when I receive a text.
Posted by Kulkuri at 11:30 AM 3 comments

Third post down from this one I mentioned one of my pet peeves is when I ask a question and/or questions and don't receive an answer. One of the things I mentioned was that I had replied to three different ads on craigslist for outboard motors in the past year and hadn't received a response from any of them. I looked into doing feedback on craigslist, but discovered that in order to do so I needed a craigslist account. Now, I don't need a craigslist account to post an ad, but if I want to ask them if there's a problem I would need an account with them. WTF!! So I decided to run an ad on craigslist and see what happens:
Is There A Problem With craigslist (UP)
or the people posting on craigslist. I've replied through craigslist to three different ads for outboard motors in the past year and haven't gotten a response from any of them.

That pretty much answered my question. It's the idiots posting ads that don't know how the system works.

Life UP on the Tundra

The good news is that American Apparel and Cameron Diaz say you can  stop waxing all your pubic hair off.
The bad news: you need to start deodorizing under your boobs.

Saw on facebook this morning a link to an article about deodorant for under the boobs. There are actually deodorants for this purpose. Not to mention lots of pads and bras that are supposed to deal with this problem.

I suppose if you’re going to market a product like this, might as well embrace the humor right? So Fresh, So Dry makes this Fresh Breasts product which promises to keep your area fresh and dry, preventing perspiration. It’s all-natural, scent-free, aluminum-,talc- and paraben-free too. The lotion dries quickly, so it won’t leave behind a white clumpy mess like baby powder does.

Got the images for the deodorants and the above quote from this site from 2½ years ago.

So the guys don't feel left out, there's a product for them too.

Don't know if this is a unisex product or aimed at men or women. It did say some women use it under their boobs to combat swoob. Urban Dictionary definition of Swoob.

Another product for that pesky sweaty boob problem, Boobilious!!

Don't know if Boobalicious is available here, it's from the UK.

Links to this post
Email ThisBlogThis!Share to TwitterShare to FacebookShare to Pinterest
Labels: Swalls as in sweaty balls, Swoob, Under Breast Deodorant

One Of My Pet Peeves

is when I communicate with someone and I get no response. This has happened with people I know and some I have no idea who they are. With the people I know I've e-mailed and/or called on the phone and left a voicemail with a question or two and to this day have yet to hear back from them. I have used various methods, e-mail, facebook messaging, and the phone and none of them seem to work to get a response. What is the irony of ironies is when I do see them personally or hear from them on another matter, they ask why they haven't heard from me?? WTF!!

With people I don't know, it is when I've replied to an ad on craigslist through craigslist when there is no other contact information. Three times in the last year I've replied to ads on craigslist for outboard motors asking for more info, and crickets, nada, zip, nil, nothing. How in the hell do they expect to sell what is in their ad if they don't respond to inquiries about their ad????????????

UPDATE: did an ad on craigslist asking if the problem was craigslist or the people posting ads and in a couple days have had three replies to my ad asking what kind of outboard motor am I looking for. So the e-mail relay on craigslist must be working, at least in my case!!

ADDENDUM TO THE UPDATE: One of the ads was reposted and this time said e-mail or text. I clicked on reply and there was a phone number so I sent a text saying "Was interested saw your ad last month sent several e-mails no response no longer interested." Got a reply saying the e-mails went in the spamm box and automatically deleted and if I was no longer interested why the text. I replied, "I wanted to let you know I tried to contact you no response pissed me off. Got another reply, but I'm done with this.

Links to this post
Email ThisBlogThis!Share to TwitterShare to FacebookShare to Pinterest
Labels: No Fucking Response, Questions

Links to this post
Email ThisBlogThis!Share to TwitterShare to FacebookShare to Pinterest
Labels: Benghasi, Giving a Hand Job to Wall Street, Stuck in Traffic

How Religion And Santa Co-Exist

At times I've wondered how Santa and the baby Jeebus could co-exist during the holiday season (which one you may ask as there is probably a holiday every month and some months have several, it's the one that just passed). The fact that most people have no trouble accepting both the stories about Santa and the baby Jeebus at the same time at times has had me scratching my ass. Then the other day it brilliantly occurred to me, they are both pushing the same thing. Be good (or in other words conform to the standards as you are told) or else. Santa will reward you with lots of neat toys and other goodies when you are good and will punish you with coal in your stocking if you are bad. (That's the story you get told, but in reality it all comes down to the "Benjamins", the rich kid will get all kinds of nice toys regardless of how much of an asshole the kid really is and the poor kid will get squat or very little regardless of how good the kid is.) And religion is pushing the same bullshit, be good and you'll go to heaven, if you are bad you'll go to hell and suffer for eternity. I guess in a way one reinforces the other. 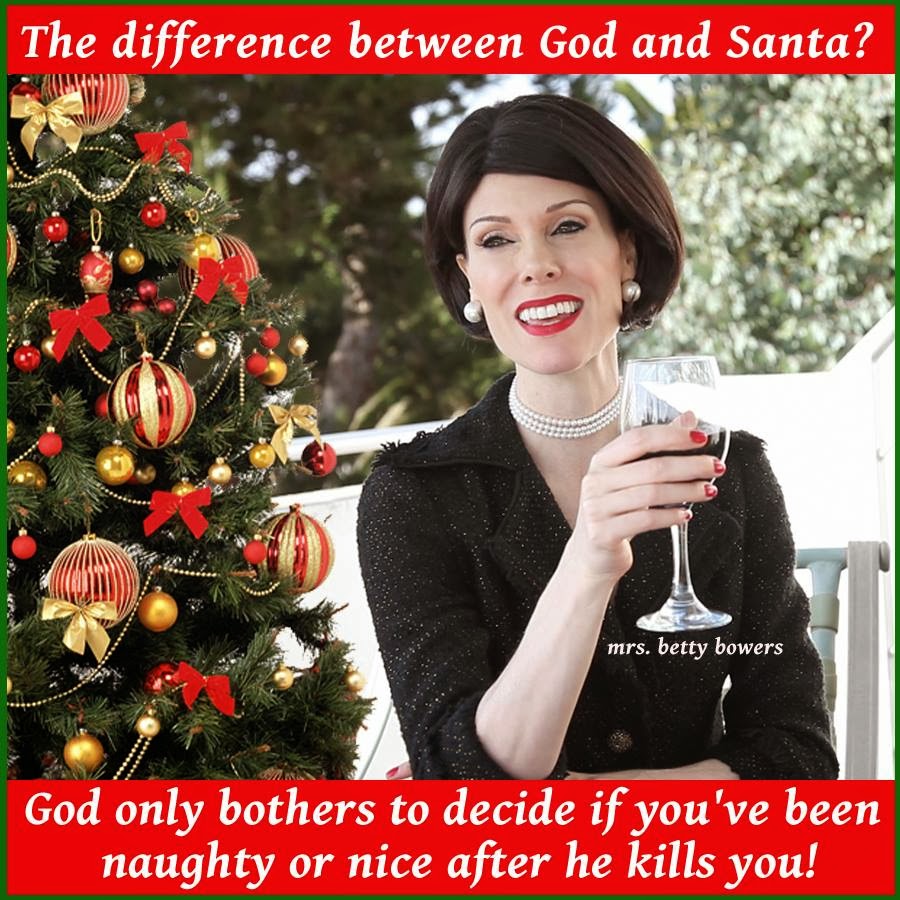 It's That Time Of Year Again

I put this up before, but it tickles my fancy!!

Here's a version for Doctor Who fans.
Posted by Kulkuri at 1:02 PM 1 comments

Links to this post
Email ThisBlogThis!Share to TwitterShare to FacebookShare to Pinterest
Labels: Doctor Who and Companions, Muppets with Candace Bergen 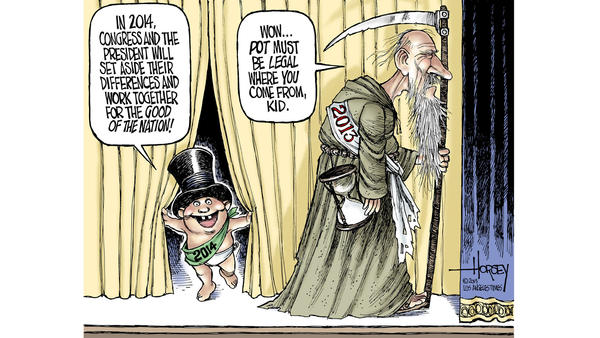 Ah, The Good Old Days When The Name Of The Bowl Game Wasn't An Ad For Some Product!! 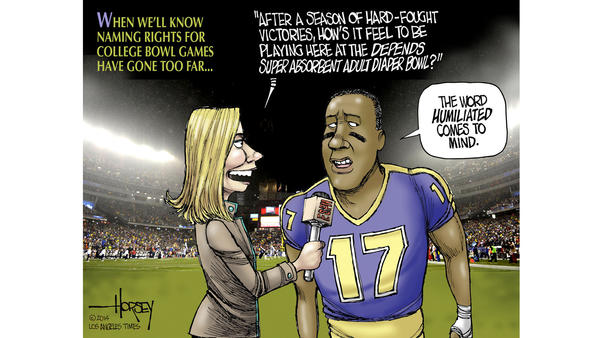