The Boob Pictures Didn't Work, Let's See If These Will 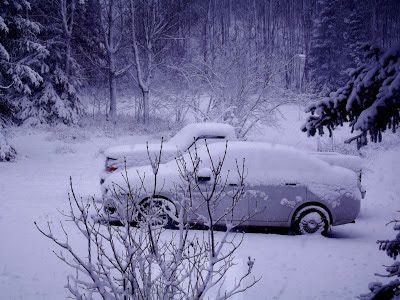 I know this looks like a picture from last year, but trust me, this was taken literally minutes ago. This is the first measurable snow we have seen this year. (Saw online where they had a couple inches while we were in Tejas earlier this month.) I think it's part of the tailend (or wraparound) of what's happening on the East Coast. Probably lake effect from the Northeast winds last night. 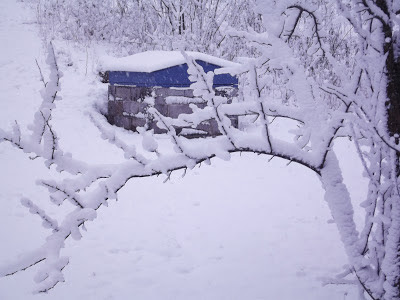 I was going to do a post about the upcoming elections and use pictures of boobs like those below to illustrate voting for the various boobs running for office, but on second thought that would be an insult to boobs and I like boobs. I really like boobs and would not want to do a disservice to boobs. To paraphrase Darrel Waltrip, "Boobie, boobie, boobie," enjoy!!

Update: tried loading pictures again to see if they'll show up for those that view my blog. When I did the pictures the first time, they showed up for me, it wasn't until I got a comment that I realized nobody else could see them.
Further Update: I guess it didn't work and I ain't going to try anymore!! Too bad nobody else can see these, 'cause they are some magnificent tits!!

Found another boob pix.
Posted by Kulkuri at 10:43 AM 7 comments 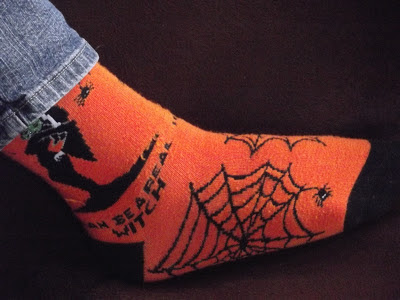 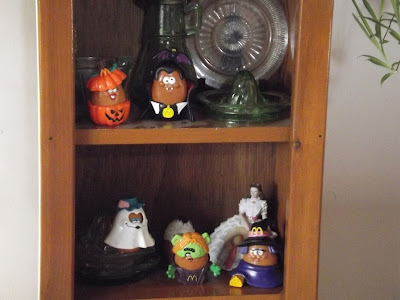 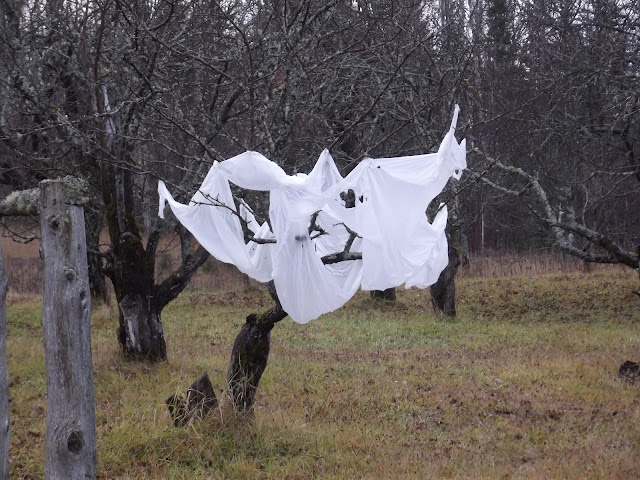 We got home last week and the next morning I found this. The place had started to decorate for Halloween while we were gone.

We don't go all out decorating for any holiday. The Old Lady has several pairs of Halloween socks that she wears during Oct. and some knick-knacks that she puts out in the house, but that's about the extent of the decorating.
Posted by Kulkuri at 9:35 AM 2 comments

Houston We Have a Problem??

The other week we went to Johnson Space Center in Houston. We toured the center and all of us (yours truly, The Old Lady and The Kid) agreed the one in Huntsville is much more interesting and has more stuff about the space program. I've been to four NASA centers and the ones in Houston and Cape Kennedy were the least interesting even tho that's were most of the action took place. 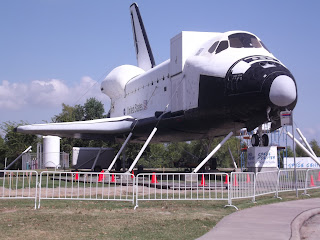 This is a mockup of the shuttle and later people will be able to go thru it. 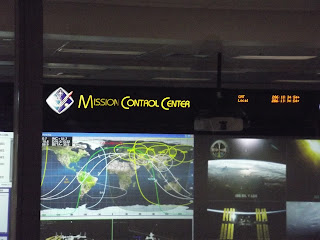 Mission Control Center was interesting, but not much was going on at the time. There were no new missions going on, only the International Space Station. 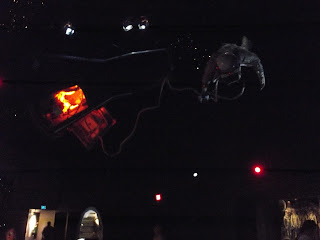 This shows the first space walk from the Gemini capsule.

This is the emblem for NACA, the predecessor of NASA. The NASA center at Langley was interesting not so much for the space stuff, but for the role NACA* played in the development of aircraft flight.

Houston is an oil town and you would think gas would be cheaper there, WRONG!! Gas was cheaper about an hour north. The cheapest gas we saw on our whole trip was in the St. Louis area on our way home last week. The most expensive was around the Choctaw Casino in Oklahoma. It isn't bad enough that they take a person's money in the casino, they have to scalp them when they gas up to go home!!

We got home Friday night and discovered our refrigerator had died. The ice cream in the freezer had melted and the temp in the refrigerator part was up in the fifties.

We both did some research on refrigerators online looking at various sites. We were limited in the size we could get. The old one was a 10 cu. ft. model and the area it was in was built around it so the new one couldn't be much bigger. Finally we decided we'd get a small dorm frig as they are cheap. Saw one online at Menard's for $120 that was 4.6 cu. ft. and decided to run down and get it. When we were there looking at what they had in stock I spotted a 11 cu.ft. model on sale. Turned out the display model was the only one left in white. Got another $10 knocked off the price and decided to buy it.

When I got it home, needed to change the doors around. I have been changing the swing on refrigerators for over 30 years. Anywho, what should have been a 10-15 minute job took over 1 1/2hrs!! Most miserable fucking job I've ever done when it comes to changing the doors around. Instead of having the same screws or bolts for both the hinge hardware and to plug the extra holes, they had screws with shallow star and a couple stripped out. Then when I went to change things on the bottom (hinge plate and support) the hole for the support didn't seem to have threads as I couldn't get it to start, it just spun and didn't go anywhere. Went looking for my tap and die sets. Turned out to fuck with me even more the threads weren't metric like just about every fucking thing these days, they were SAE. As I have both metric and SAE sets I was able to find the right tap and tapped the hole and finally got the stud installed and was able to screw the foot on. For the stripped screws I cut a slot across with a hacksaw and used a straight screwdriver to remove and install in the other hole. Then to add insult to injury, when I changed the stops on the doors, there wasn't a hole for the screw on the other side. Had to drill a pilot hole for the screw.

Turns out it was probably built in the USA, but it sure as hell isn't up what I think of as USA standards!!!!!!
I hope it works better than my experience with changing the doors.
Posted by Kulkuri at 9:03 AM 6 comments

Tejas Has Some Strange Eggs

Last spring we went to West, TX. We had a Skunk Egg at The Pizza House. When we got to Tejas this time, The Kid said they have something called an Armadillo Egg at the local gas station. So naturally I had to try one.

This is the window at The Pizza House in West, Tejas advertising the Skunk Egg.

Picture of The Pizza House.

Cross section of the Armadillo Egg. It's a jalapeno pepper stuffed with cream cheese and wrapped with pork sausage and grilled.

The Kid's ISP is still screwing things up when it comes to posting pictures on blogger. The way I got the pictures on this post was by uploading (worked fine, no problem loading the pictures on facebook) them to facebook in an album and then copying the URL for each picture and pasting it in blogger.
Posted by Kulkuri at 2:56 PM 7 comments