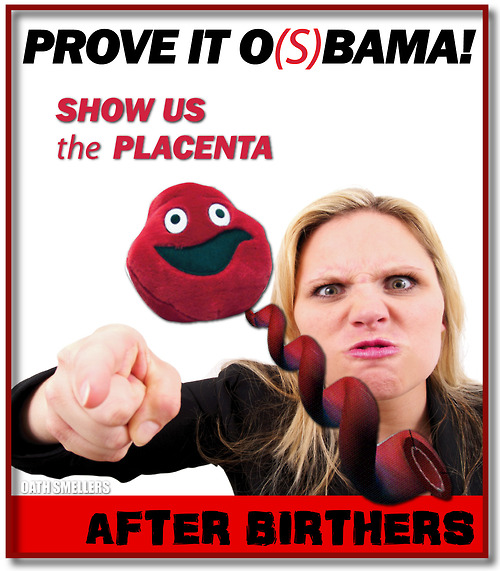 This makes as much sense as those who still ask to see Obama's birth certificate.  It doesn't matter how much proof is given, official printout of certificate of birth from Hawaii , birth announcements in both Honolulu papers(I guess they phoned that in from Kenya), people saying they grew up with him and went to school with him, they still refuse to accept the facts.  Can you say "WILLFULLY IGNORANT" boys and girls???

What really gets me are the politicians that say, "I take him at his word that he was born in the United States, BUT I'm not going to tell anyone what to think."  Talk about trying to have it both ways, saying yeah I believe he's a citizen, but I won't contradict the foamers at the base of the party!!  Let's hope there are enough sane and rational people to vote these ASSHATS out of office.
Posted by Kulkuri at 11:04 AM