Yesterday we drove almost 400 miles round trip to buy a tow dolly so we can pull the car behind "The Guppy." 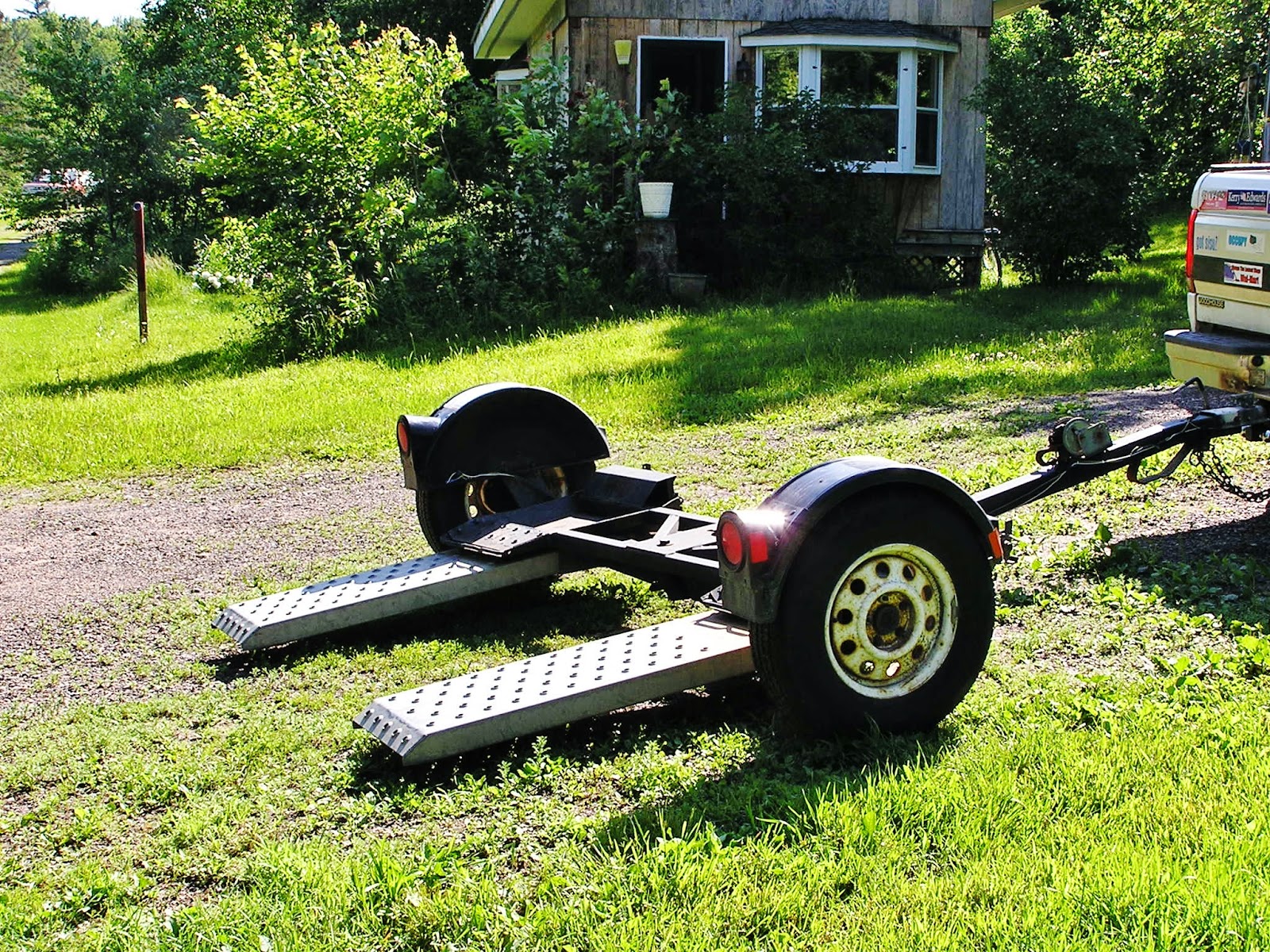 We only paid $400 for it so the drive was worth it. We have been pricing tow dollies since we got the motorhome and most used ones are selling for about twice what we paid for this one. New ones are close to fifteen hundred and up. There's a couple of minor things I need to do to it to get it ready for travel. Noticed on the way home that the ramps were bouncing up and down a bit. Checked it out after I got home and the bolts that hold the ramps on are loose and may be worn. I will check them out and probably replace them. Also noticed a couple of cracks, but I can get a friend to weld them for me. The metal is too thick for my little welder to be able to get good penetration.

I just checked with the Secretary of State's (Michigan's version of the DMV) office and I don't have to get a license plate for the tow dolly. (Wait until the current FuckingRepublican Governor leaves the state broke again, they'll be licensing everything to get money to get the state out of debt like happened the last time. You used to be able to get a trailer plate for 6 months or a year. Now the only choice is a permanent plate for $75.)

On the way to get the tow dolly we stopped for lunch. We had crossed over into Central Time and it was close to when fast food does the switch from breakfast to lunch and The Old Lady decided she wanted a sit down restaurant. It's a good thing we aren't secret shoppers because that place would have gotten a very shitty review. (Sometimes I wish we were secret shoppers and/or reviewers) When the waitress brought out our orders, she went to the next booth and then finally ours. After I dug into my omelet I discovered it wasn't what I ordered. Instead of having sausage, onions and cheese, it was mostly ham with barely enough cheese to qualify as ham and cheese omelet. (Not only was the omelet wrong, it wasn't even a very good one. It was like fast food eggs wrapped around some ham and cheese and nuked to warm it up). I didn't feel like waiting to get the right omelet, so I ate that one. When the waitress was informed the order was wrong, first she said they gave me the wrong one, then later admitted it was her fault. I was in the bathroom when the waitress brought the check. She never offered to correct the error in any way shape or form. When the order was wrong, she should have deducted the wrong order from the check. The Old Lady didn't leave a tip. The waitress was an older lady, but if she is starting to suffer from Alzheimers, maybe she shouldn't be working there anymore. I may ask The Old Lady to do a thing on Yelp on the restaurant. (She has a way with words!!)

Like I said, sometimes I wish we were secret reviewers because we seem to get a lot of lousy service. We are just ordinary older people and for some reason some seem to think we don't deserve good service like the pretty people and the ones in suits!!

Next time we'll do Burger King. The eggs will be better quality.
Posted by Kulkuri at 12:03 PM