Someone Did Half A Tuneup

The other week I decided to tuneup the "The Guppy". When I changed the plugs I discovered that someone previously had done what would amount to half of a tuneup. Of the 8 sparkplugs 3 were original equipment plugs. It's a wonder it wasn't running worse than it was considering there are almost 70k miles on it. 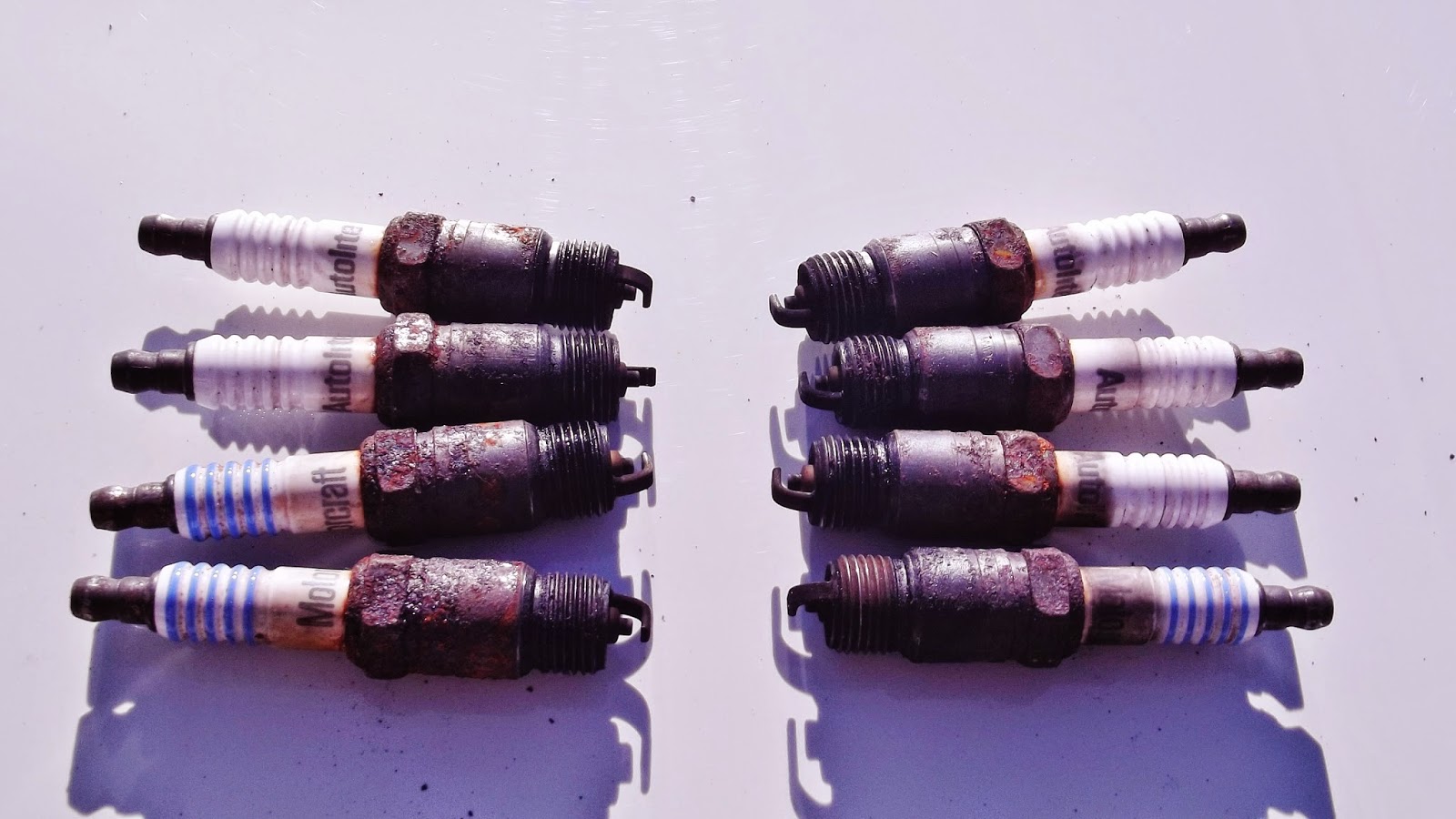 As the picture shows, three of these plugs are not like the others. The plugs that had been changed (Autolite) were the ones that were easy to get at when you removed the engine cover in the cab. The two front ones on the right side of the engine and the one in front on the left were the Motorcraft original equipment plugs. Those plugs are difficult to get at to change. I had to remove the air cleaner box and some of the ducting to get at the front plug on the right. The second plug back I had to go thru the wheelwell with several long extensions  and universal joint on the plug socket, also to change the front plug on the left. While I was at it I changed the distributor cap and rotor.

We got a bunch of maintenance records with the motorhome. So far I haven't found anything about it having had a tuneup. The original owners kept a record of every oil change starting at less than 2000 miles for the first oil change, and repairs that were done, but didn't see anything about a tuneup.

Now I need to take it to my propane dealer to have the regulator on the propane tank replaced and the propane system checked out.
Posted by Kulkuri at 11:12 AM

Email ThisBlogThis!Share to TwitterShare to FacebookShare to Pinterest
Labels: Autolite, Motorcraft, The Guppy