Why Can't You Order Gas Appliances Set Up For Propane?? 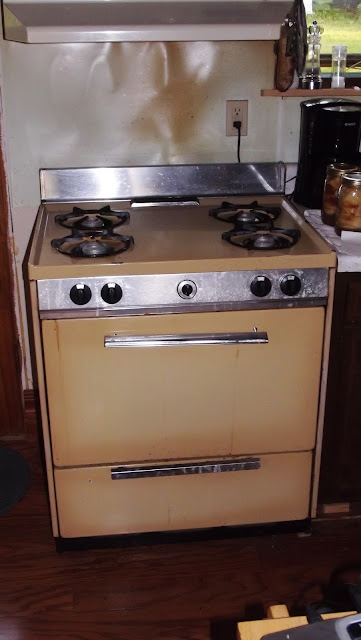 Our old gas stove, the one The Old Lady used to give me "Burnt Offerings". It came in a mobile home we bought in 1973. The stove had a problem within the first year when it was still under warranty. We had it fixed and it worked fine until recently. During the past year or so we noticed we had problems baking. Turned out the valve that controls the oven burner was screwing up and the oven would get too hot. 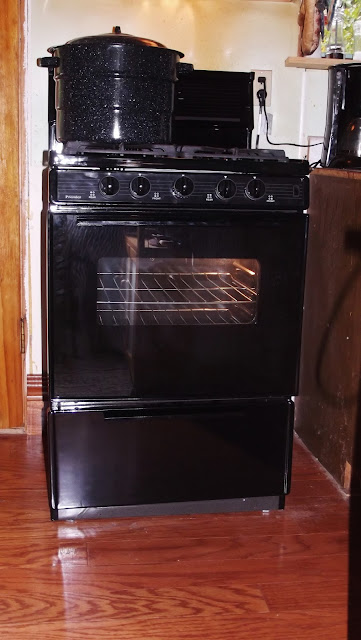 This is the new stove. When we went to Lowes to buy it, I asked about getting it set up for propane. I knew that gas appliances come set up for natural gas, but hoped that it would be possible to get one set up for propane from the factory seeing as how they didn't have this stove in stock and had to order it. The guy at Lowes said it is easy to switch it over to propane, there are the instructions on how to do it. RIGHT!!! Lowes doesn't do the conversion probably because if they had someone that knows how to do that, they would have to pay that person more. Also to keep from being sued if the stove blows up!!

The owners manual covers every fucking stove they make, so there are multiple examples of how to do the conversion. Instead of pictures they have drawings to show how to do the conversion. Also the instructions are incomplete, like it says to remove the top you have to remove two nuts underneath the top. It doesn't say a fucking thing about disconnecting the burners from the stove top. Figured that one out on my own. With the stovetop off I was able to change the regulator from natural gas to propane and change the jets (or nozzles) in the burners.

Converting the oven was another cluster fuck. It showed a couple of illustrations showing how you can remove the knob for the oven control and turn a screw to convert to propane. Didn't see any screws behind the knob, so I removed the control only to discover there wasn't a screw to turn. Then for the oven burner it showed an illustration for just the burner nozzle. No mention of whether or not you have to remove the burner tube to make it look like the illustration or what. It just said "use a half inch wrench to turn it clockwise until snug". When I put a wrench on it, it felt snug already. It took considerable effort just to get the damn thing to move. Also it said "don't overtighten" , RIGHT!! It would have been nice if they would have given some indication of how many turns it takes to go from natural gas to propane. Also a picture showing a wrench in place would have been nice.

Now we have to learn how to cook with this stove. It has three different size burners. A large one, a simmer one and two sized in between. That's no problem other than the turning the burner control to light and then adjust the flame once it lights. With the old stove you turned the knob enough for gas to come out and the pilot would light the burner. This one has an electric spark that lights the burner. What may take some time to figure out is baking in the oven. The last time The Old Lady baked a pie in the old stove it came out practically incinerated. Last night she baked another pie and it came out very pale even tho she baked it longer than usual. May have to set the temp higher and bake a little longer to get the desired results.

Email ThisBlogThis!Share to TwitterShare to FacebookShare to Pinterest
Labels: Fucked Up Instructions, Natural Gas To Propane