I Think I Got All The Life Out Of These Pads

Last week I did a brake job on The Old Lady's car. Here is pictures of the rotors and pads. What's funny is I thought I'd hear something when the pads were worn to the point of needing replacement. There was a little metal tab that would make contact with the rotor when the pad was worn to a certain point, but we never heard any noise from them. Instead they got worn down with the pads. I replaced the pads and rotors and now it should be good for a few more years. The original ones lasted 5 years. I think the rotors were worn to the point where turning them wouldn't have been an option. They were close to the minimum thickness and were grooved pretty much. 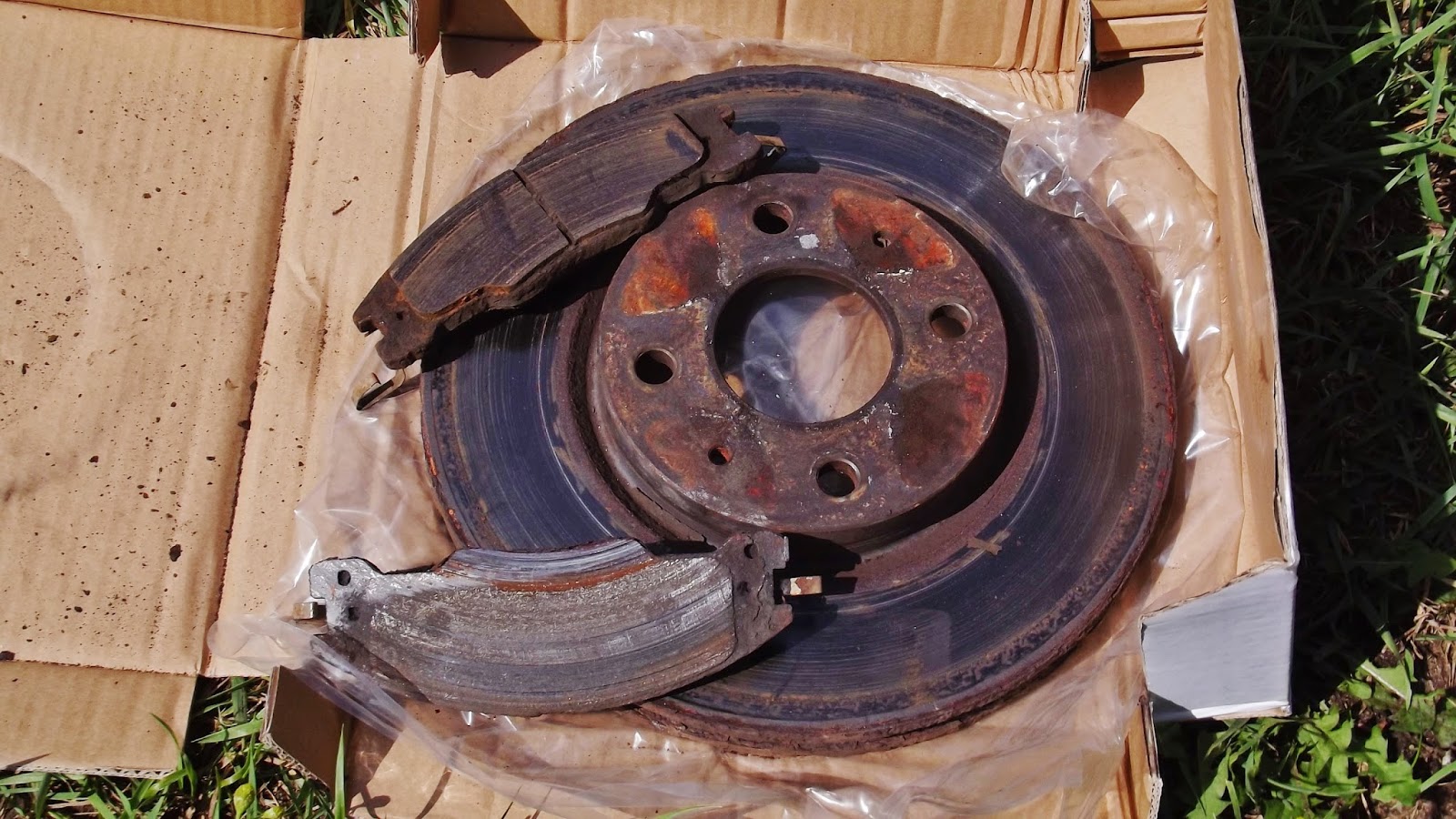 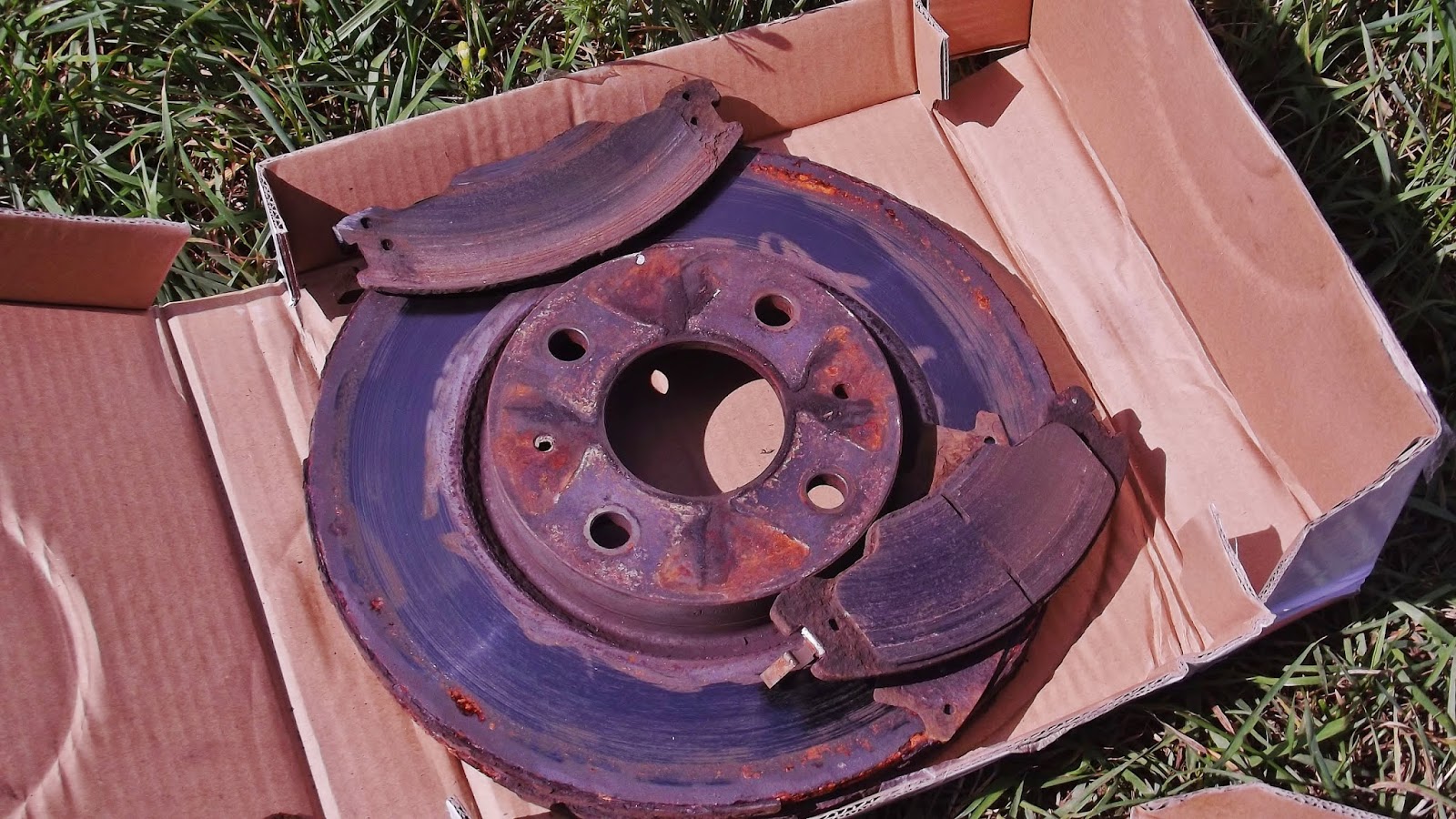 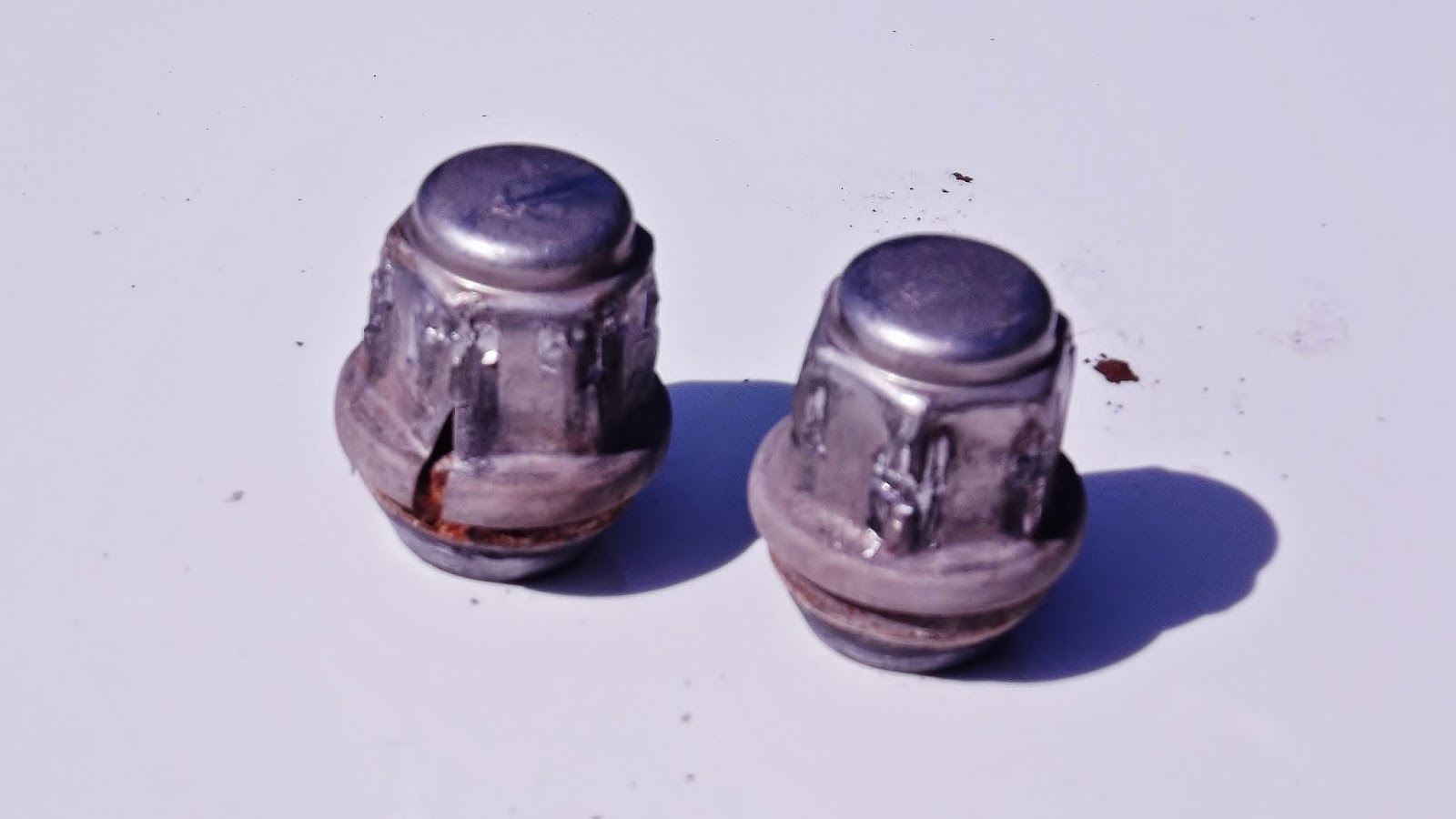 This is what the lugnuts looked like when I got them off. They were pretty fucked up. 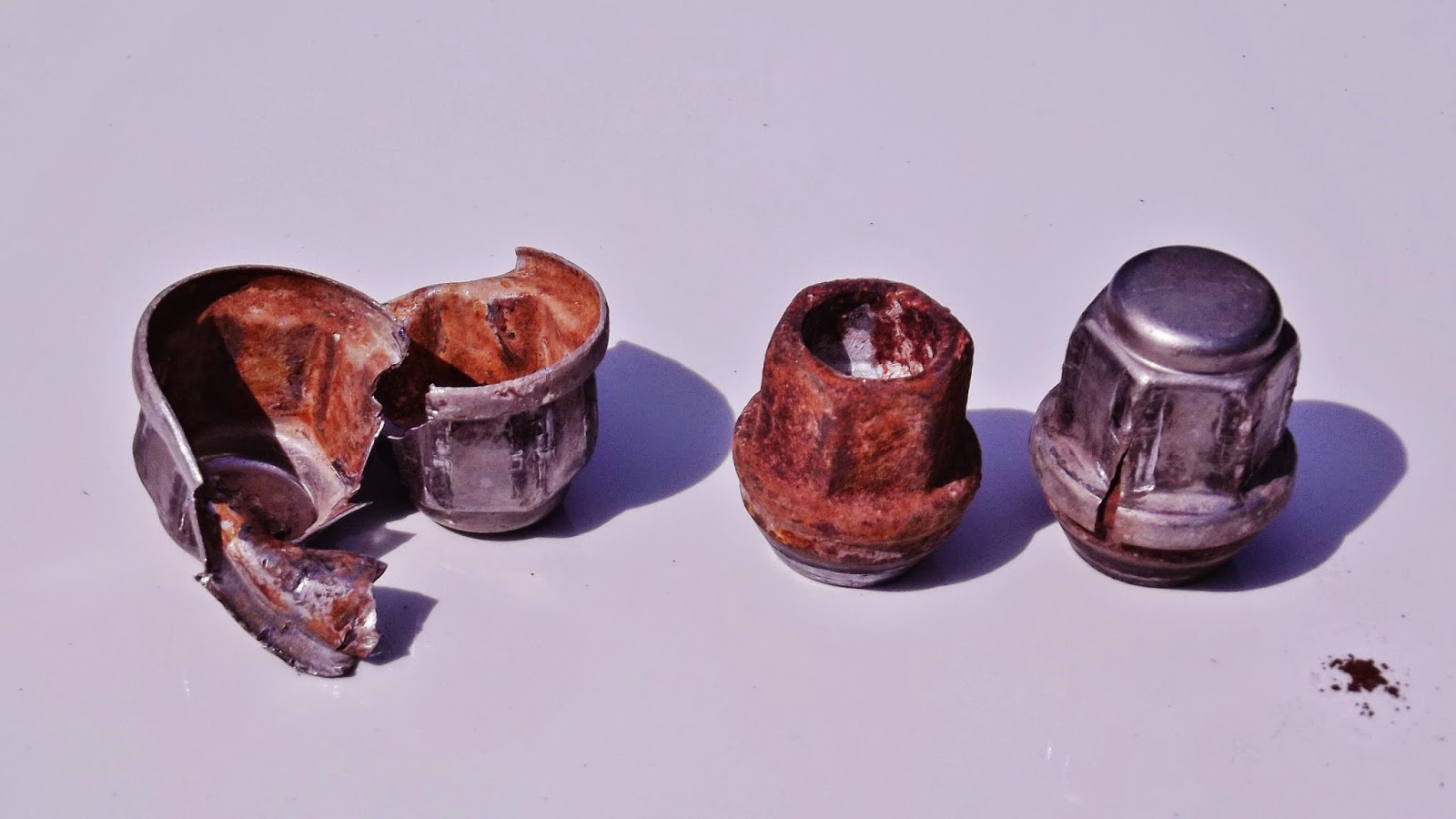 This is what I did with them. I took the outer shell off the lugnuts. It took some time to remove the outer shell from all of them (the shell had come off a few of them already), but now I have solid nuts to work with. I need a smaller socket to turn the nuts, but at least now I can put the socket on by hand and not have to use a hammer to drive it on. The lug wrench in the trunk is for the lugnuts with the shell on them, so I will need to put something in the trunk to remove the smaller size nuts.  They are now 18mm and they were 19mm.

I have a bunch of lugnuts off other vehicles, maybe I'll look and see if I have ones I can use to replace these.

Ford definitely didn't have a better idea with these lugnuts!!
Posted by Kulkuri at 11:05 AM