Less Than A Dollar A Year!!

Back in 2010 I bought a used router at Goodwill in Hot-Lanta. I checked my photos and I have one of the router taken in Dec 2010. 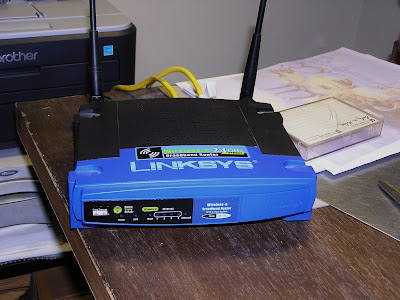 
After over 6 years of use it was acting up. I would have to reboot the router by unplugging it for 10-15 seconds and plugging it back in. The new notebook seemed to be more sensitive to the WiFi signal than my old laptop. We are still having problems with the intratubes and I decided we didn't need the router adding to it!! So last Monday we went to Best Buy and bought a new router. 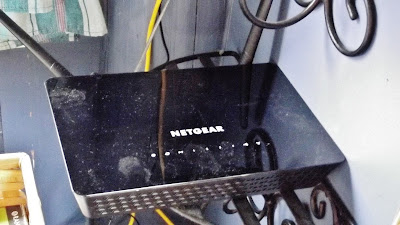 Maybe I should have wiped the fingerprints off of it before I took the picture?? Anywho, this is the new router, it is a dual band one. The notebook and smart phones can use either the 2.4 gig or 5 gig. My old laptop (built in 2009) only recognizes the 2.4 one. So far it seems to be working OK. With the notebook the old router would be in and out at times until I would reboot it.

The problem is that at $80 I don't think I'll live another 80 years in order to get the same amount of value from the new router as I got from the old one!!