Getting The Snowblower Ready For Winter 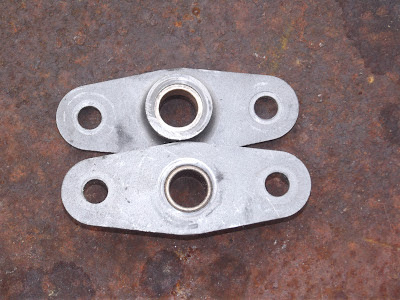 Originally these pieces didn't have bushings in them. The shaft they hold wore the holes out to the point where they were egg-shaped. New ones (at 40 bucks a pop) don't have bushings or bearing in them either, they are just cast steel with a hole thru the thick part for the shaft. I got a couple of bushings (probably for a starter) for a few dollars each and made the holes bigger and round again and pressed in the bushings. I'm thinking this will be an improvement on the design. If not, by the time the bushings wear out, the rest of the machine will be shot. 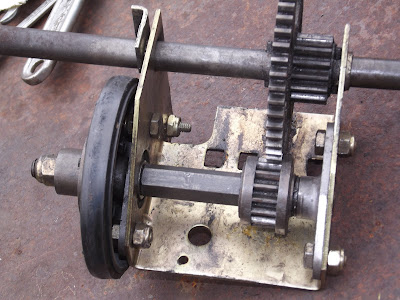 This is the shaft and bushing blocks installed. Last year I bought a new drive wheel (on the left) and had just turned the blocks around to wear in the opposite direction.

This year I also bought new belts (the Toro dealer wanted $30 for one belt and I got both belts at an auto parts store for less than that.) for the machine. The machine is 15yrs old and this is the only thing I've had to do other than change oil and the sparkplug. 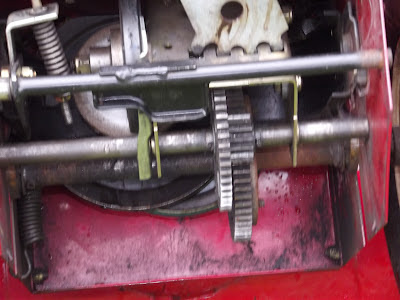 This is how it looks when it's all back together again. Still need to put the cover plate on that will hid all these moving parts.