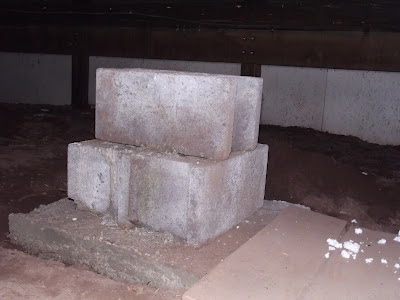 One of the "social equals" (a dozen years ago I helped fix up the local hall and an article in the local weekly paper mentioned we were building 'peers' to stabilize the building) I built under the place. I built two piers to support a beam to stiffen up the floor and to support the weight on the floor. 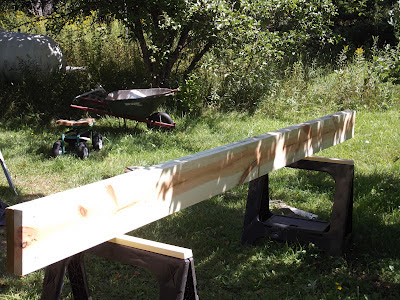 The beam I built from two 14ft. 2x10s. Thought it would be hard to get it under the place. 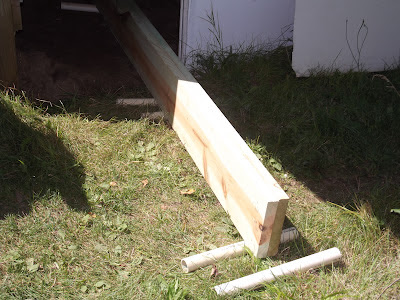 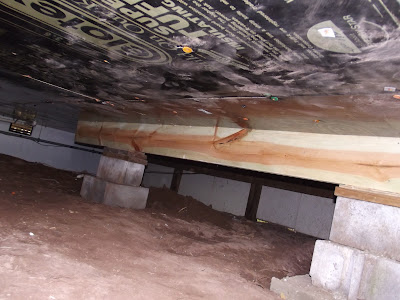 The beam in place. I got it up on the "social equals" and jacked it up in place and blocking under it to hold it up. I lifted one end at a time onto the lower blocks and then onto a 4x4 before finally up on the top blocks. After jacking I put pieces of wood under the beam to keep it up in place. Also put some screws thru the beam into some floor joists to make sure it won't move. 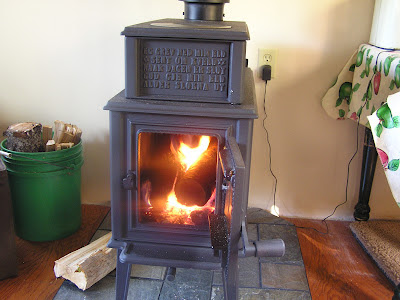 The reason I decided to put the beam under the floor. It looked like the floor was starting to sag from the weight of the cast-iron stove and the stone hearth pad under it. It won't be long before we'll be firing up the stove again, so I better get busy cutting firewood. Had to buy a new chainsaw 'cause my old one died.