UP On The Tundra In The Moonlight 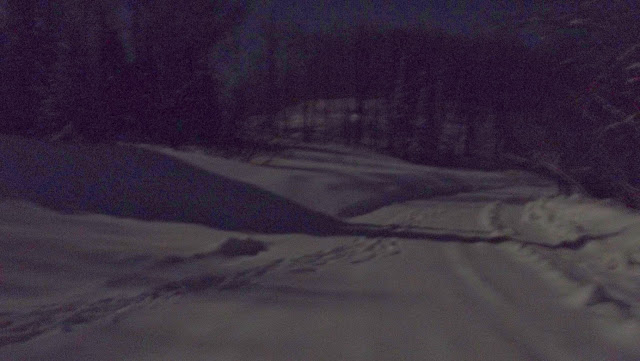 These are pictures I took last night because the moonlight was so strong and things were looking nice outside. I only wish it wasn't damn near the end of April!!!! 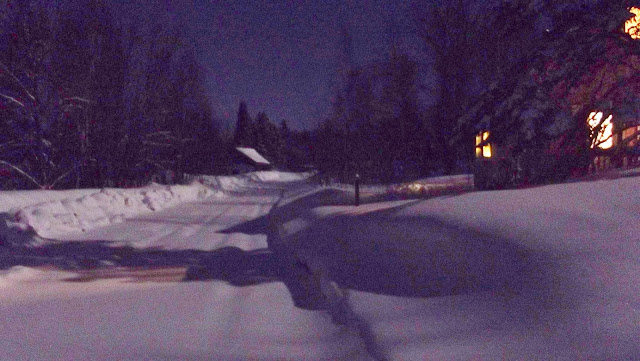 This picture turned out better than most of the others. I'm still learning how to use my camera and thought it was recording the pictures as I was seeing things. Turned out I had to play with the pictures after I loaded them into my confuser in order to see what was on the picture. Had to run the brightness all the way up before the picture showed up. At first this picture was just a couple of bright spots on the right side. 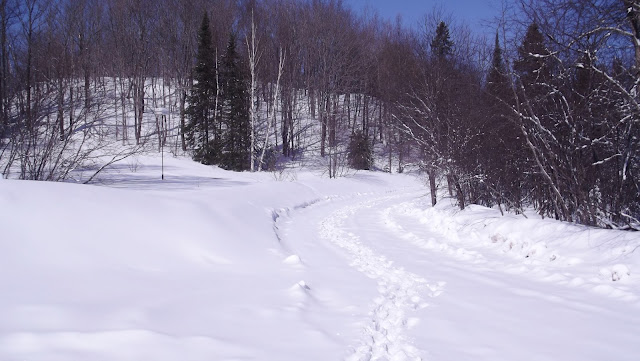 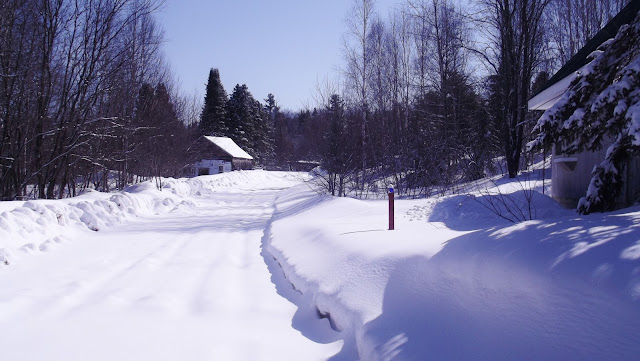 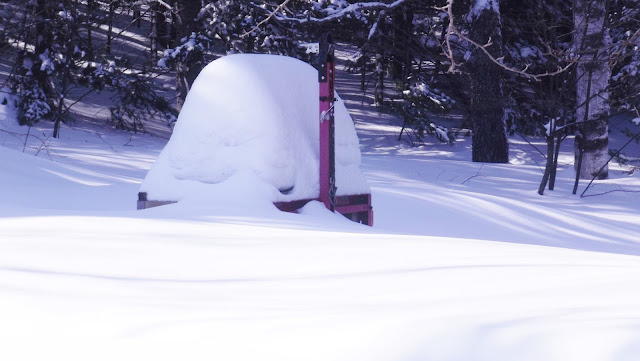 This is my little trailer, it is standing on end, on the tailgate. The bed of the trailer is 4ft long and it is still almost completely buried in the snow on April 24, 2013.

The Old Lady is talking about going cross country skiing on her birthday the end of next week!!!!!!
Posted by Kulkuri at 9:37 AM