It's The Old Spanish Trail, Not "El Camino Real"

Here is a map of the Old Spanish Trail that ran from St. Augustine, Florida to San Diego, California. 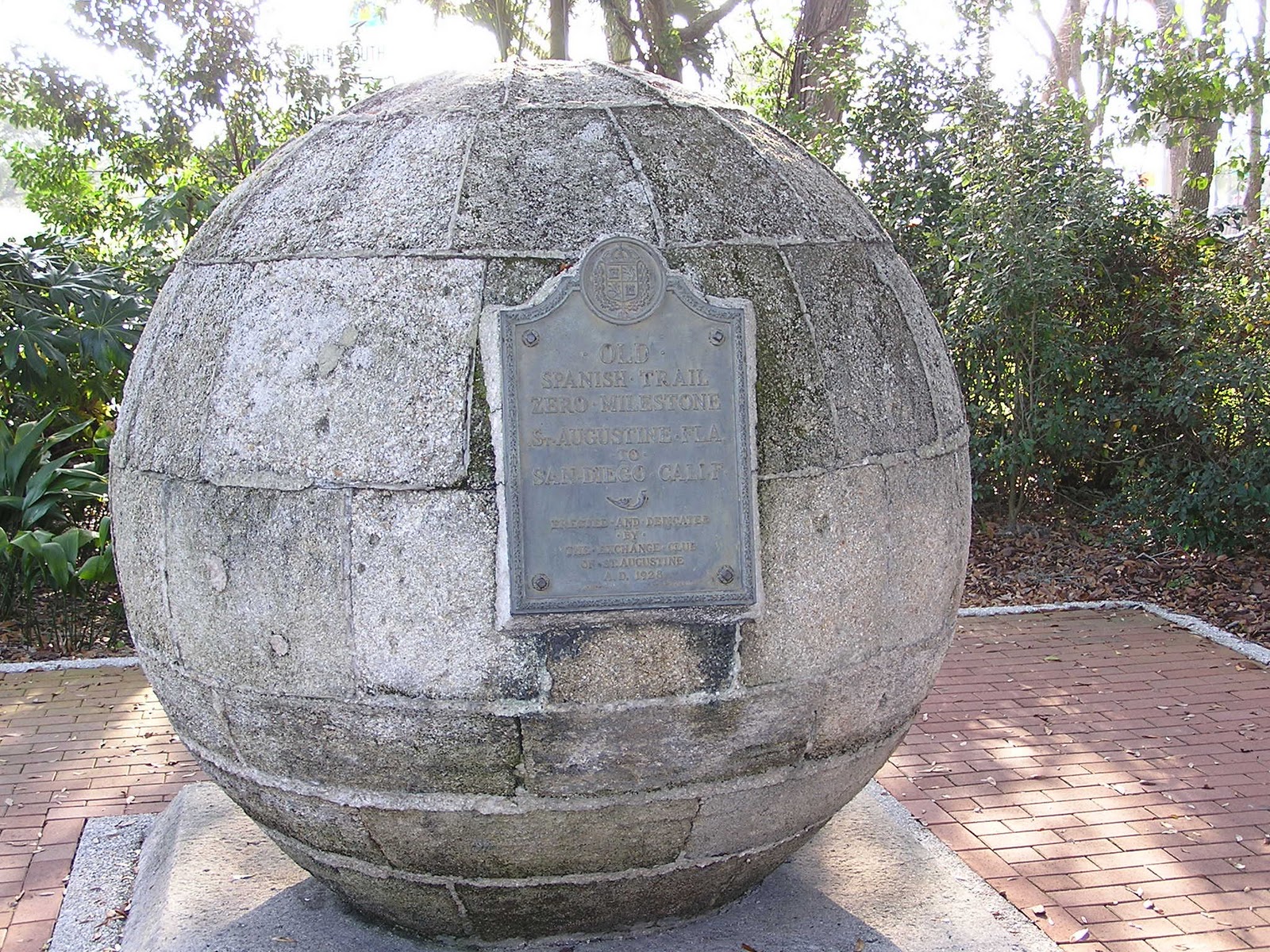 This is the Zero Mile Marker for the Old Spanish Trail in St. Augustine.  It is made from coquina a local stone that is full of sea shells that have not fossilized.  Across the street is the Castillo de San Marcos which is made from the same stone. 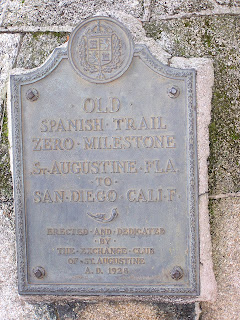 Plaque on the Zero Mile Marker.  There are other markers in San Antonio, TX and San Diego, CA.  We almost missed the marker, but saw mention of it in the book, "Road Trip USA".  So on our way out of town, we stopped and checked out the Zero Mile Marker.  We thought it was the end of El Camino Real, but when googling El Camino Real, none of those roads led to St. Augustine.  There are a lot of routes labeled El Camino Real (The Kings Highway), all the old Spanish roads were called that, some with names indicating where they went to or from. Where we have seen signs for El Camino Real is basically US-84 from Brunswick, GA to TX and then some other roads down towards San Antonio and on to Mexico.
Posted by Kulkuri at 11:04 AM