Got the new woodstove Wednesday.  Reading the owners manual, I discovered it needs to be broken in.  This is the first time I've seen anything about having to break in a stove.  Had to buy a thermometer so could do the break in properly.  Wasn't really cool this morning(70 degrees in the house), but thought I'd start the break in process now so can use it when the weather gets cold enough to use the stove. 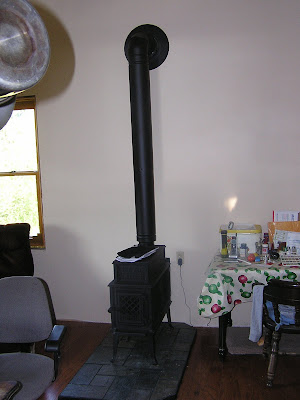 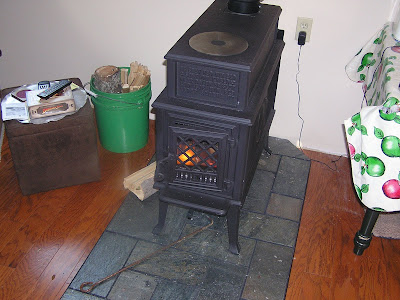 Having a learning curve on firing this stove.  It is so air-tight that it took me 3 tries to get a fire going.  Finally figured out I had to leave the door open a little for it to get enough air to start burning good.  The little air vent in the door doesn't provide enough air when starting a fire. 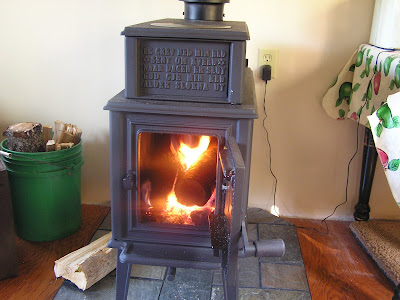 Cast into the front of the stove is a Norwegian saying, "I built me a flame late one night.  When day is done, God will my flame never die."  Question is which God, Thor or Odin?? 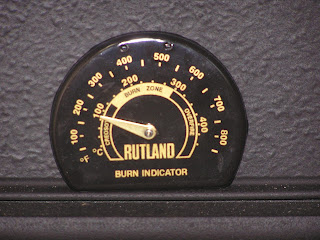