The Protection Was The Problem

For almost a year now we have been watching TV via the intratubes after the antenna blew down. Since we got back from Tejas last month we have been having problems with streaming TV shows and movies on Hulu and Netflix.  The other week I called tech support for our internet service and explained how the video would freeze and buffer several times during a video of a TV show.  He upped the speed a little and it worked a little better but not like it did when we started watching online last year.  At times the speed was a little over 4000kbps when it was working good. 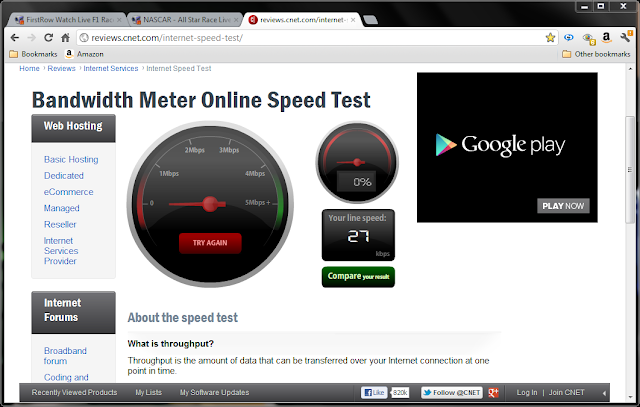 Last weekend it became almost impossible to watch anything online. Ran a speed test on Friday nite and on Saturday evening.  The screen shot above is the result after over the 15 minutes it took to run the test which should only take seconds. It would stop for minutes at a time with no activity.  On my laptop that I use to hook-up to the TV, there is an icon for Wi-Fi and at times if I put the cursor on it, it would say no internet service.  The test confirmed to me that the internet connection wasn't there all the time.  For awhile I thought maybe the modem was faulty and after being on for some time would shut down because it seemed like we had the most problems later in the evening when the modem had been on for many hours. 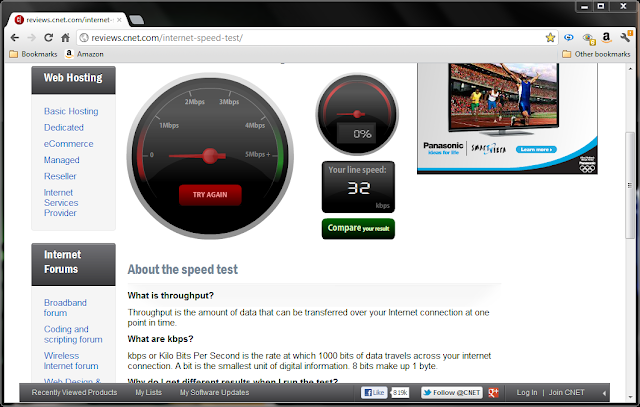 Above is another screen shot of a test I ran last weekend. (I think with dial-up the speed would be faster!!) Then Monday morning we had NADA, no internet whatsoever.  Called tech support again, and first was told to unplug the filter as I had both the modem and a phone plugged into the phone jack.  Then I mentioned I had the line going thru a surge protector on a power strip.  When I unplugged from the surge protector and ran the phone line straight to the modem the lights started blinking and we had an internet connection again.  Was told that they don't recommend using a surge protector because they cause problems. What I thought would protect things was what was causing the problem!! 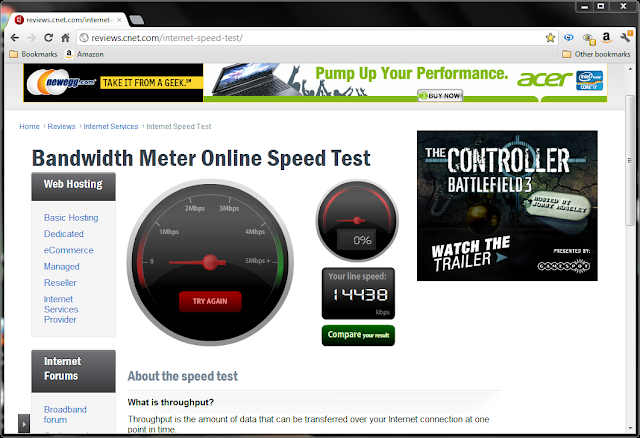 This is a screen shot of a test I ran last night.  I didn't know that speed was possible with the service we have.  It is 3-4 times as fast as what we are supposed to have.

Saturday night I was frustrated trying to watch the NASCAR All-Star race.  Yesterday I found out it was just as well I didn't see all of it as Jimmie Johnson won it.(My favorite drivers are anybody that puts Jimmie Johnson or Jeff Gordon out of the race or finish out of the running.)
Posted by Kulkuri at 8:18 AM