Well That Didn't Work As Hoped 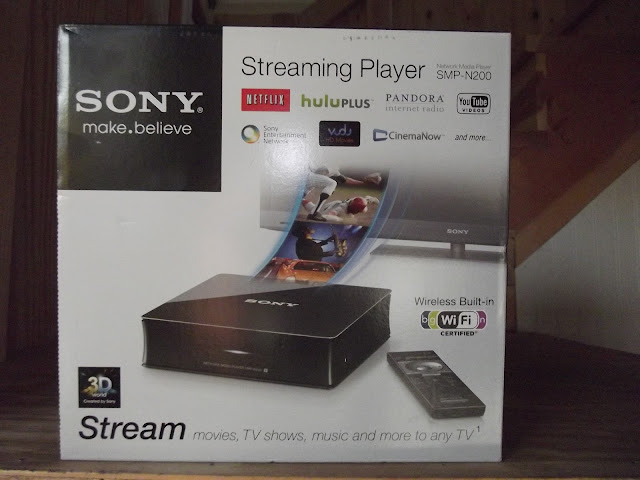 Last Monday I bought this Sony Streaming Player. I've been using my laptop to stream TV shows and Netflix to my TV. Had hoped the streaming player would make it easier to watch TV. It said it had an internet browser, so I thought I'd be able to stream shows from network websites. WRONG!! When I tried going to one of the network sites and streaming a show, I got a pop-up saying I needed an Adobe Flash player. When I tried to download the player, it said my device wouldn't support the player. Tried getting regular Hulu (the free version) and got a similar message about needing a player. It says on the box and in the manual that you can watch Hulu Plus, but there was no way I could figure out how to watch the free version of Hulu other than the samples for regular Hulu (a bunch of movies that kinda sucked). It did allow me to watch Netflix, which we do have a subscription to, and the remote made it a little handier to go from show to show using the remote rather than getting up and going to the computer to select another show or movie to watch.

The only good thing to come out of the experiment was I learned that my other HDMI cable still works. I had used it in Hot-Lanta to connect the cable box to the TV and it worked fine. When I tried that cable to hook up the laptop to the TV there was no signal. After it worked with the Sony box, I looked closer at the cable and my laptop. The cable has a large aluminum end and the laptop case is two-piece and the top part sticks out a little farther than the bottom in the area where the HDMI port is. The aluminum piece around the end of the cable hit the case and wouldn't go in far enough to make contact in the port. I was able to take the aluminum surrounding the end apart and with a sanding disc in my die grinder remove enough from the part to allow it to fully engage the HDMI port. Which makes for less clutter as now I can use the 6ft cable instead of  the 12ft one I was using to connect the laptop to the TV on the wall right above it.

One thing that still has me scratching my ass is how the hell can the streaming player do Hulu Plus and not do regular Hulu?? That question remains unanswered even after doing an online chat with Sony's tech support!!

Last night I brought it back to the store for a refund. Got the refund no problem.
Posted by Kulkuri at 9:54 AM

Email ThisBlogThis!Share to TwitterShare to FacebookShare to Pinterest
Labels: Hulu, Hulu Plus, Not compatible with network sites, Sony Streaming Player