We went Green Bay. Didn't see a game because training camp just started today. We went to the shareholders meeting. 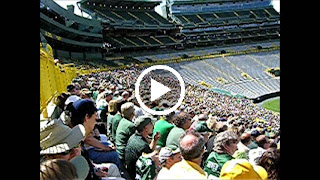 This is a video I shot showing the crowd at the shareholders meeting. There is no sound as my old camera does video but without sound. 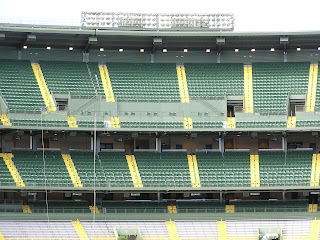 The money from buying my share probably went to pay for one of the seats in this picture and the one below, but I doubt if I'll ever be able to sit in one (did sign up for a drawing for tickets to a game in Sept). Tickets for Packer games are some of the hardest tickets to get. When season tickets for these seats went on sale, they went to people who had been on a waiting list for an average of 30 years. Now those are die-hard fans!! 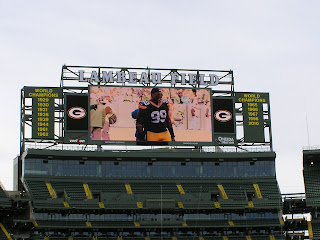 Some of the improvements were new seats and the giant screens on both ends of the field. 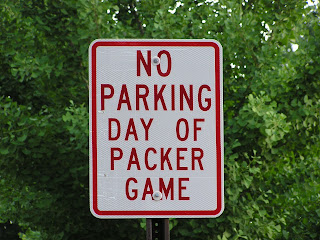 These signs are on the streets around the stadium. Not sure how many blocks from the stadium they go, but first noticed them about a half dozen blocks away.
Posted by Kulkuri at 9:37 AM