Adventures With The Guppy

Last week we left home with The Guppy. We had The Old Lady's car in tow behind it. I expected the gas mileage to suck, but wasn't quite ready for how bad it did suck. I had expected close to 10 mpg and what we got was under 7 mpg. 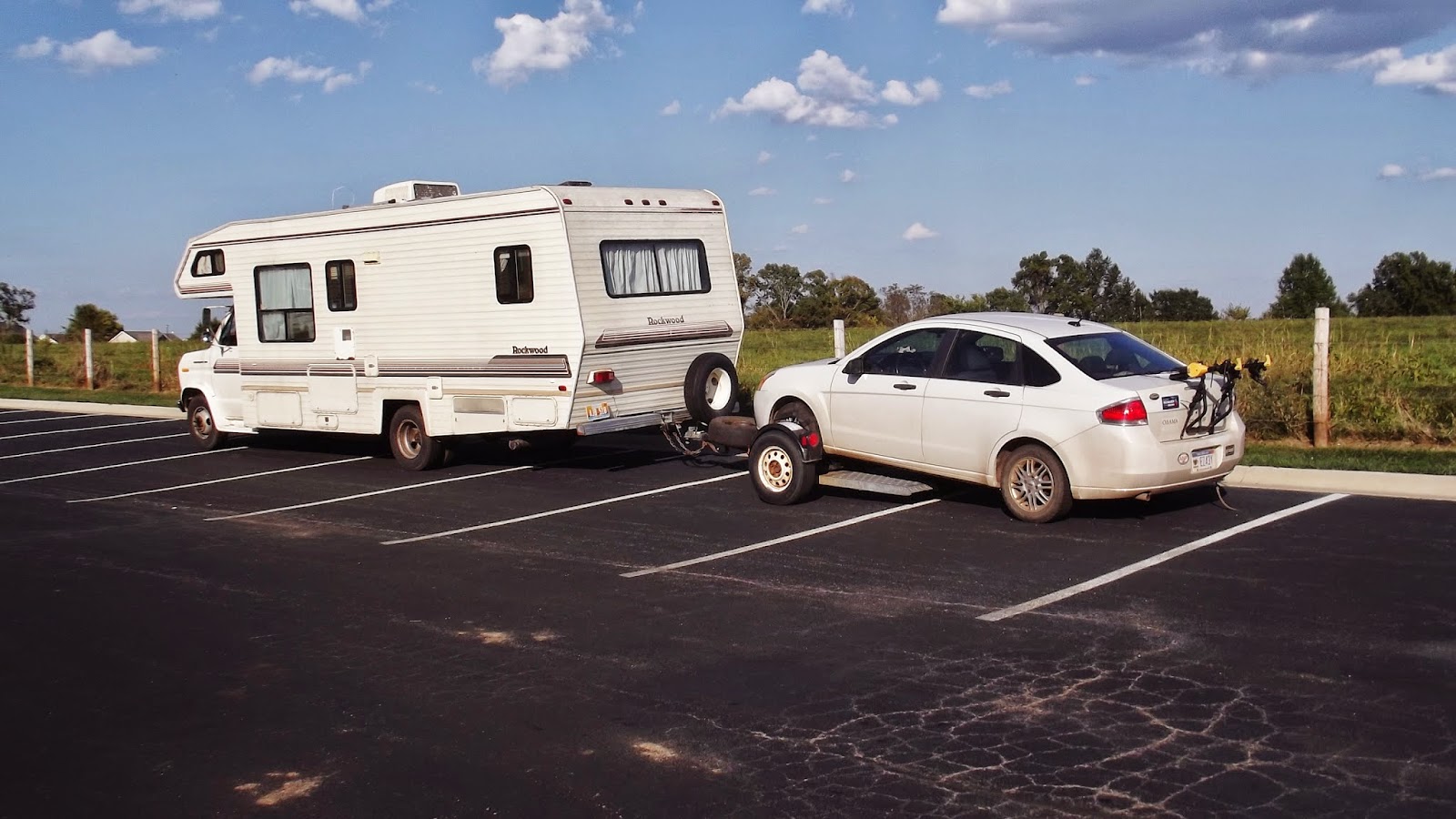 700+ miles later we were at The Kid's place in Missouri. About the only problem we had was the tires are flat-spotted and made noise. It was noisier when the tires were cold. For the first 50-60 miles it was fairly loud and then it was only noticeable every once in a while. While we were at The Kid's place I changed the right front tire as that was where most of the noise was coming from. On the way to the campground where we are at for the month, it was better. The spare couldn't have been flat-spotted as it had never been used, it still had pieces of rubber sticking out in the tread area from the mold. It's also possible the spare tire is the oldest one on the vehicle and may in fact be one of the original tires for the motorhome.

Another problem we had was the console on the engine cover came lose. When we started we were able to put our travel mugs in the cup holders, but when it came lose, we were kinda shoving it back in place to keep it from falling on the floor. It was held in place with a couple of screws like drywall screws and they had pulled thru the engine cover. There were multiple holes from where the screws had been. Yesterday we went to a hardware store and I got some stovebolt type screws, washers, and locking nuts. I used fender washers to make sure they wouldn't pull thru the engine cover as it basically made from thick pressed paper. 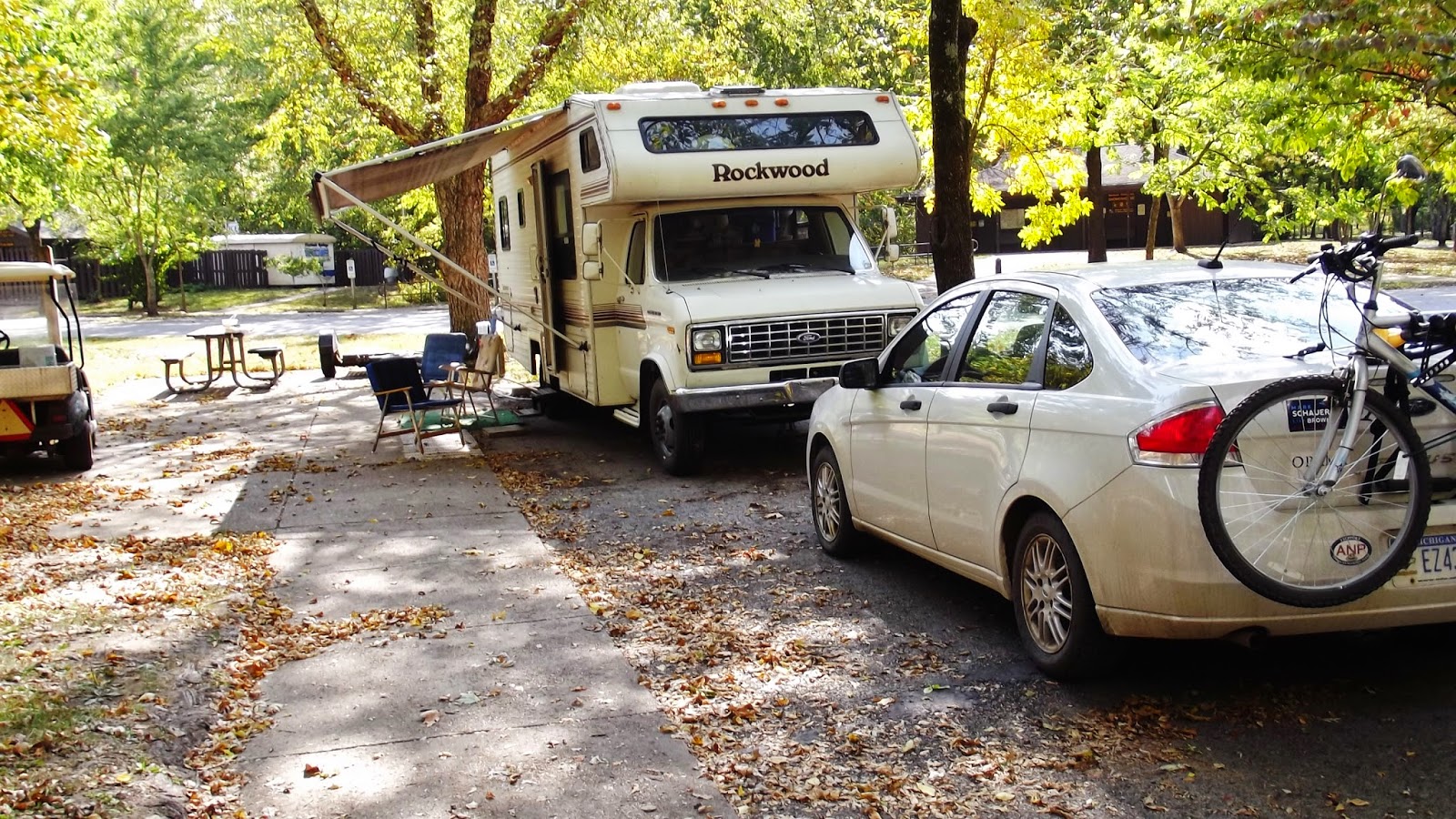 Here we are set up in the campground. In the couple of days that we have been here we have figured out some of the things we forgot to bring or didn't realize we needed. Some of the things we will buy here and some will be put on a list so we can include them in The Guppy before we head out again next year on another adventure. (One of the things is a couple of new tires for the front.)

We are being amused by the trout fisherpeople and their get-ups. This park supposedly has some of the best trout fishing in the state. It should be good because there is a fish hatchery here and they stock the river with fish everyday. Maybe next week I'll check it out, but this weekend will be a madhouse because there is a fishing derby going on.
Posted by Kulkuri at 8:11 PM

Email ThisBlogThis!Share to TwitterShare to FacebookShare to Pinterest
Labels: On The Road Again, The Guppy