There has got to be a Silver Lining somewhere in this ShitStorm! 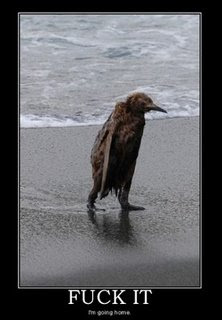 The run-off election is over and Saxby Shameless has won re-election. At this time all I can think of to explain this is that in GA They Likes Their Stupid!!
After thinking about it for a while, I came to the conclusion that there really is a Silver Lining somewhere here. This means that that Quisling Joe Lieberman doesn't have the power to swing things in the Senate. If Shameless had lost and if Franken were to win in Minnesota, in theory that would have given the Dems 60 in their caucus. That would have given Quisling Joe way too much power, he would have been the 60th vote and could have controlled a lot of the agenda in the Senate. Now the Dems have to get several Repukes on their side and if they are smart, they will get one more and not bother with Lieberman.
Someone once said "It is always darkest before it goes totally black"!!
Posted by Kulkuri at 10:31 AM