This morning The Old Lady spotted the Bambis in the driveway.  I stepped out to take pictures.  This is early in the year for them to be back.  During the winter they move down the hill towards the lake to where the snow isn't as deep. (We are about 1100ft higher than Lake Superior and get a lot of lake effect snow during the winter.) This looks like it could be the same group that was around last fall (I did a post on the Bambis  last fall), but they seem to have picked up a small straggler. The smallest one wasn't around last fall. 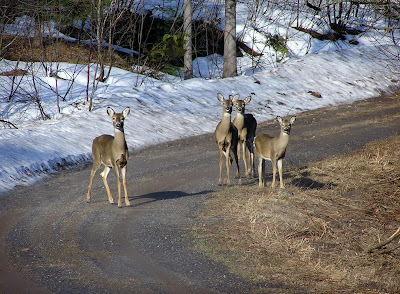 After I took a couple pictures, they started moving away down the driveway. 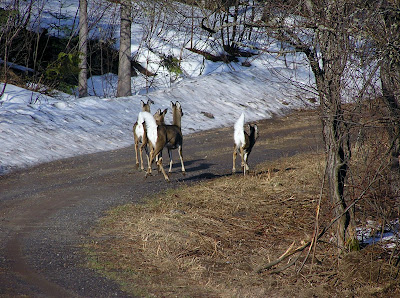 Then they stopped and looked back at me.  We had a Mexican Standoff for several minutes.  The one in front facing me might be a young buck.  It stamped its feet a number of times and may have snorted at me. 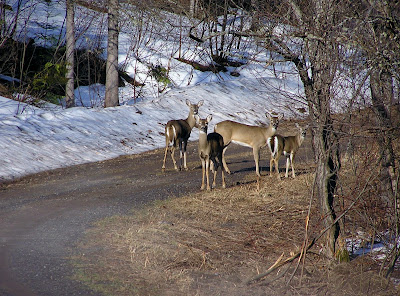 After awhile they jumped the snowbank and went up on the hill.  The pictures don't show it well, but the snow is mostly gone around the trees on the hill.
Posted by Kulkuri at 10:21 AM